… has been difficult thus far, as anyone who has read our previous blog post can attest, but life must go on. In that spirit, I (Christopher) would like to announce the winners of two recent free giveaways. As I mentioned before, we are still going to award books to winners from the Comicpalooza giveaway… it just took us several weeks to announce the winners. Now, with Space City Con, our delay has been a few days, but that is due to our recent tragedy. In addition, I would like to advise our readers of our remaining 2013 appearances, as well as our budding 2014 calendar.
END_OF_DOCUMENT_TOKEN_TO_BE_REPLACED

Heather and I (Christopher) have been interviewed again, and I thought I should provide links so all of our wonderful fans don’t have to go hunting for them. We have also been working on our 2013 calendar of appearances.

Just a few weekends ago we attended the Salado Scottish Festival and Highland Games in Salado, Texas. What a time we had… As we were unpacking our truck to set up our tent at the fair grounds, Heather and I noticed that our tent frame had broken in transit, and without parts it was irreparable. With no tent frame, we rushed to the Walmart in Belton and then the Academy in Temple, before we found a tent we thought would work. After driving all the way back to Salado, we soon realized that this tent would never hold up to any sort of rain or wind (the roof came in layers, you see, with big openings where one layer overlayed another). This would not do… so we rushed back to Temple’s Academy and exchanged the tent. This one also, we found out, was not rated for wind or rain (you don’t learn these things unless you open the box and look at the directions inside… neither the website nor the box mentioned these important facts.) So, we used the roof and sides from the other tent (the broken one).

END_OF_DOCUMENT_TOKEN_TO_BE_REPLACED 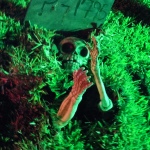 “Let’s switch places for a while…”

I (Christopher) will try to keep this short.  We have five lucky winners to announce from our latest Goodreads Free Giveaway, and they are:

Congratulations to our winners!

We have also extended our free eBook giveaway on Goodreads.
We have several appearances coming up, including the Salado Scottish Festival… see our events page for more information.
Paranormal Haven has posted Halloween-related character interviews of personages from our series; there is also a free giveaway! In November, they will be posting an interview with us.
No Wasted Link will be interviewing me (Christopher) coming up December 19, while they will be featuring Heather in a writing space post on November 16.
That is all for now.  Thanks for your continued support!

We have winners, events coming up, interviews, and more.

And the winners are…

Well, we have been busy, but we finally did our drawing… combining winners from the last four events we have attended, so we have four winners. They are:

We will be contacting these winners soon to get shipping information. Congratulations!

We also still have the free giveaway and free eBook on Goodreads.

Go to our website to find out about our 2013 schedule. Also, we will make another post when Paranormal Haven publishes our character interviews… asking them about what they did as mortals around the time that we today celebrate Halloween.

Well, it is bed time, so I (Christopher) shall end this with a big THANK YOU FOR SUPPORTING US STARVING AUTHORS!!!

I (Christopher) have been running ragged trying to book events for next year, of course as some of you in the biz know, some places won’t start accepting applications (or send you invitations) until 3 to 3 months out. However, one venue is way on the ball… Comicpalooza, and they are in late May… yet at this moment, vendor applications are available on-line. Wow… So, to finish off this year’s appearances, we have the Magick Cauldron this weekend, followed by Sherwood Forest Celtic Music Festival and HPPD in September and the Salado Scottish Festival in November. Heather and I are both working to add some smaller venues somewhere in that time-frame, so keep checking your calendar. Some of you recall that we had previously listed the Austin Celtic Festival, but because of their small size and that most of their prior years’ vendors came back, they had no room for us; maybe next year. For dates and links, visit our events page on our website.
END_OF_DOCUMENT_TOKEN_TO_BE_REPLACED

I (Christopher) have been giving the http://www.triscellepublishing.com website a bit of a content upgrade, in addition adding buttons for certain links, instead of text-based hyperlinks. I will go into more depth as to what website changes I have been making, I will show you where you can find out where we will be for our next book signings, and I will remind everyone of the free giveaway of our book of your choice through Goodreads. Click below for more:
END_OF_DOCUMENT_TOKEN_TO_BE_REPLACED 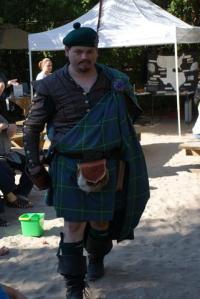 We have some exciting prospects coming up towards the second half of this year, though as in previous years, there seems to be fewer events we attend in Q3 and Q4 than we attend in Q1 and Q2. Still, plenty of events for you to come out and see us or listen to us read aloud. Let’s see… there is Space City Con, the Salado Scottish Festival and Highland Games, and even the Sherwood Forest Celtic Music Festival, among others. That’s another observation of our events… most of the events in Q3 and Q4 are outdoor venues, whereas most events we attended in Q1 and Q2 were indoor events. Strange.
END_OF_DOCUMENT_TOKEN_TO_BE_REPLACED 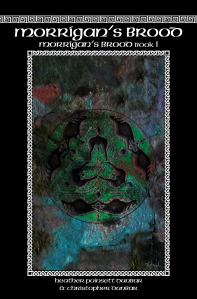 Greetings friends, fans, followers, and friendly frequenters! I knew you were dying to hear new news from your friendly neighborhood authors of the Morrigan’s Brood Series. Well, we have been busy (my [Christopher] excuse for the vast stretch of time and space between now and when I wrote my last post), and I wanted to share three tidbits of news with you. In summary, re-release, interview, and events. That’s the news… thank you for reading!
END_OF_DOCUMENT_TOKEN_TO_BE_REPLACED

And Now We Haz Winners!!!

The winners of a book of their choosing are:

*Yayyyyyyyy – in the manner of Kermit the Frog*

Congrats to our winners!!! And there will be plenty more contests and chances to win later!

Anyway, look below for our tentative 2011 to 2012 list of events for we authors of the Morrigan’s Brood Series:
END_OF_DOCUMENT_TOKEN_TO_BE_REPLACED